My July was the month of the Guns N’ Roses obsession (again). I saw them live and I cried and it was the best day. Street performers played Guns songs and dance circles formed around them as the herd walked toward the stadium. All the pedicabs in the vicinity were blaring Guns. Almost every person around was wearing a GNR shirt, or, even better, dressed up like the band members (After the show I patted a Slash on the back and told him I love him).

It was all I could think about for weeks. I listened to their catalog on repeat. I picked up bassist Duff McKagan’s first book, It’s So Easy: And Other Lies, from the library and had a weird reaction it. It hit my soul. When he got sober and turned to physical activity as rehab, I went for bike rides and long walks. When he meditated and refocused anger into positive energy, I felt my body doing the same when stupid shit pissed me off. 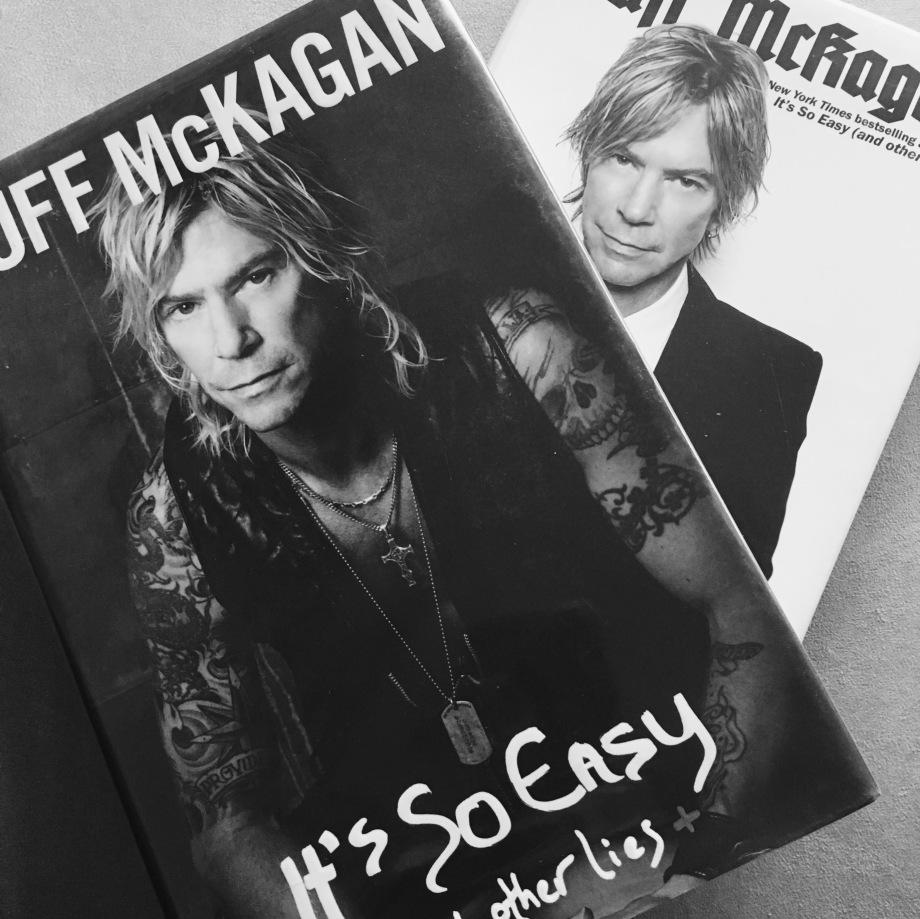 He became entranced by books in his sobriety. And who’d been one of the first to change his world? None other than my pal Ernest Hemingway. The one who brought me out of some of my darkest days in recent years. Before that, Guns N’ Roses did the trick.

In his second book, How to Be a Man, he wrote my feelings about his band perfectly, but with what Prince meant to him growing up:

Prince’s music remains a touchstone for me, and 1999 will always hold a special place in my soul. It gave me strength, and it gave me friendship. It made me work harder for the thing I wanted to attain. It was the sturdy vessel that protected me in those choppy and scary waters of my coming-of-age sea change.

People have asked me how in the world I ended up so in love with a band that broke up before I could appreciate them. It’s a winding story, partly involving a high school boyfriend who longed to be Slash and who introduced me to the band, but the meaning is stronger than that. For nearly ten years, whenever I’ve felt especially blue, I could turn on Appetite for Destruction and be lifted up. I wrote a column about it in college once and got a lot of “Seriously, Holstrom?” comments. But I don’t care. It’s mine.

After reading Duff’s books (His memoir was my pick for The Best Books We Read in July at Book Riot), I snooped around the internet to see what his daughters look like these days and Grace has a band! A riot grrrl new wave band! They’re The Pink Slips, and they made me slip back into listening to music regularly again. So, with that, I have a playlist inspired by this month. It’s fun to listen to music again.

Nothing could hold up after reading Duff’s books back-to-back, especially with how much power they swung over my heart. The only antidotes were Fay Wolf’s New Order: A Decluttering Handbook for Creative Folks (And Everyone Else) and Nicole Yoon’s Everything Everything. The former is a cute and fun and conversational guide on decluttering. The latter is a sweet young-adult novel about a girl who has a disease in which she is allergic to literally everything and has to stay locked inside her house, without any visitors unless they pass a decontamination test and get air-cleaned in the air lock stationed at the entrance to the house. And then a boy moves into the house next-door. Oh, and a little thing called Harry Potter and the Cursed Child came out. More on that another day.

Austin Kleon wrote about finding your bliss station, and it is just what I needed to read this month. I’ll be finding a way to make a bliss station and/or set aside bliss station time for myself next month.

Making your bed and cleaning your room every morning really helps with overall mood and comfort level. I’ve been reading a lot of books about making a house a home, and decluttering, and hoarding, and it’s been inspiring. I like to come home to my tidy bedroom after a long night of work. I like to be able to just come home and get in bed with a book and not have to clear off piles of laundry first.

Also, clean your dang oven. My enchiladas overflowed into the abyss and then, a few hours later, the apartment turned into a cloud of smoke when my roommate tried to heat up some meatless chicken nuggets. Savages.

Over at Book Riot, I saw an opportunity and ran with it. That’s right, I Poke-punned. Gotta Pun ‘Em All: The Classics as Pokemon was the most fun I’ve had doing a thing. And yes, I did make the elegantly bad Poke-book covers. I also wrote about how I am a crazy person when it comes to lending out books in True Life: I Keep Spreadsheets for Lending Books. And during the Riot’s summer break, my first post, The Everlasting Magic of English Teachers made a reappearance.

On the blog, I shared a buttload of photos from my trip to Austin, Texas, in Texas is Just So Hot because I am super good at titles.

This is the third edition of my quasi-newsletter. I’m rounding up my month with what I read, what I learned, and what I wrote, and whatever else I want to write about, in a hope to be more mindful of my days. If you gotta write about it later, you make notes to remember stuff, you know? Check last month’s letter, and the This Month archive.